Throwback to a great show in Geneva

The show in Geneva came to an end and was as always an exceptional competition.

There have been ups and downs in the different classes.

Balou Rubin R won the 145 class on Thursday with a lot of confidence. On Sunday, he lost his concentration in the 155 class when he noticed the presence of the big screen and finished the class with three faults.

Chidame Z took the 4th place of the 140 opening class on Thursday and finished the 150 class on Friday with only one fence down. Unfortunately, the 160 GP on Sunday came a bit early for the explosive mare that was taking part to her second competition only after a well deserved break.

On Friday, I decided to retire from the competition after a big misunderstanding with About A Dream in the 155 class on a blue oxer at the end of the course. Fortunately, everything went back to normal on Saturday with not less than a sensational victory in the second biggest competition of the show, the 155 combination class with jump-off.

Next stop: Praha with Living The Dream 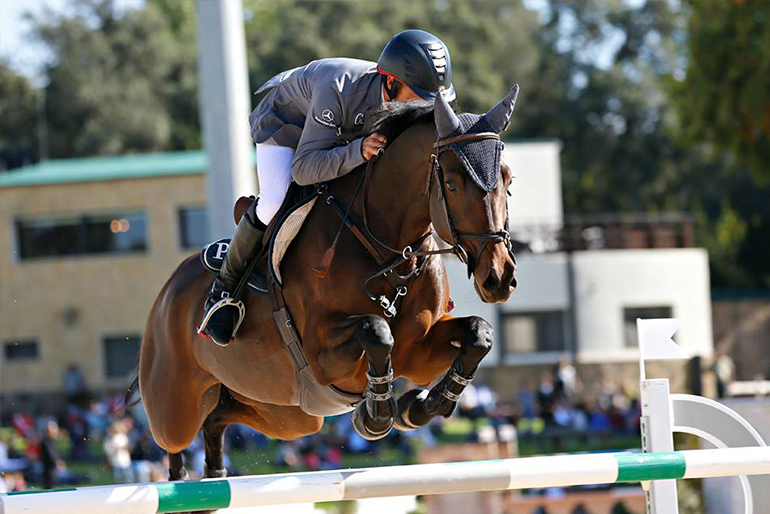 The season kicks off in Basel