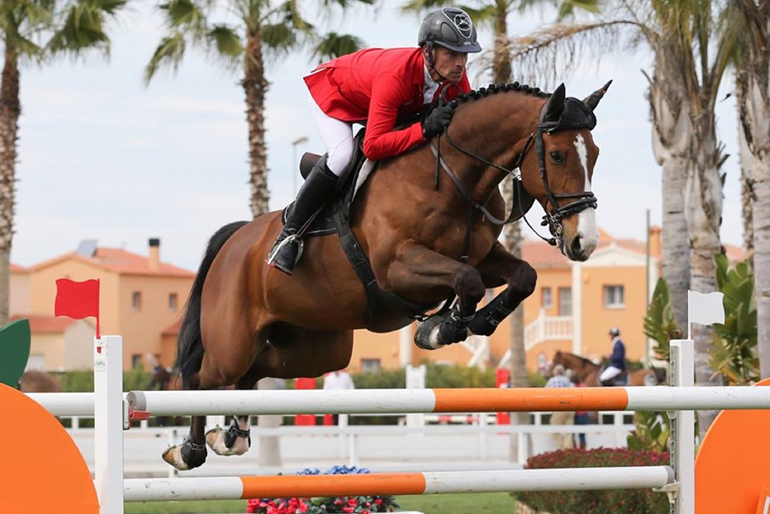 (27.3.2016) During his first week in Oliva Nova (Spain) Pius Schwizer won the main competition on Good Friday. In the 145 cm World Ranking class he and Tarioso Manciais remained clear in the jump-off, being the only couple with a time less than 26 seconds. This was the first ever win with the Selle Francais, owned by the Hauri Family. He also competed successfully – showing several beautiful clear rounds – with Giovanni van het Scheefkasteel, Askaria 3 and also the promising mare Ailina 6 und seven year old Cortney-Cox. „All my horses jumped very well. It is super here, terrific weather and many jumping grounds with well-built courses“, Pius Schwizer said. He was especially happy about the ninth place of his girlfriend Florence Seydoux with Starlette de Maillet in the Grand Prix. „That’s super, they were clear here in every World Ranking class!“ – Another great reason for joy is the super result of Corbinian with Steve Guerdat at the World Cup Final in Gothenburg. They are in the lead after the first two legs. „Corbinian is a former trade horse from our stable. I wish him and Steve all the luck for tomorrow!” 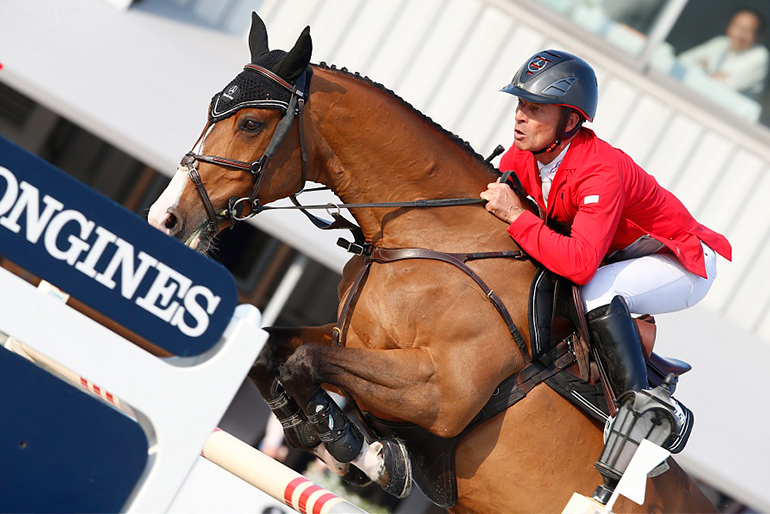