(25.1.2015) On the occasion of Mercedes-CSI Zurich Pius Schwizer was honoured for being the most successful Swiss Nations Cup rider in 2014. He did accomplish a total of five clear rounds. Aboard Toulago he remained clear twice in Lummen and once in St. Gallen an in Rotterdam. With Quidam du Vivier he had one clear round at CSIO Falsterbo. Paul Estermann (Castlefield Eclipse) and Jane Richard Philipps (Pablo de Virton) are in second place with three clear rounds. „This reward means something special to me“, Pius Schwizer said at the honour ceremony. „A big thank you to all of you for your support and to my whole team for their good work.“ – In the Owner’s ranking it was Steve Guerdat’s Nino des Buissonnets (Owner: Urs E. Schwarzenbach) who is on top with a total gain of 387’373 Swiss Francs. Pius Schwizer’s Toulago, owned by Karin and Peter Haber, came fourth with a total prize money of 312’582 Swiss Francs. 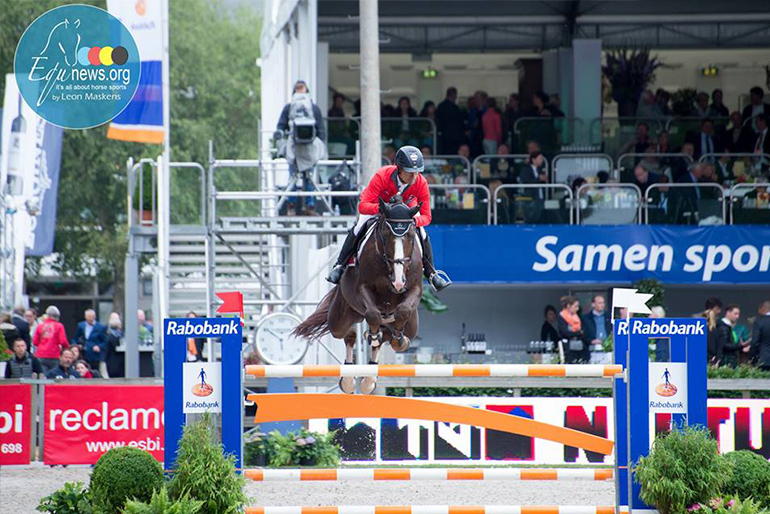