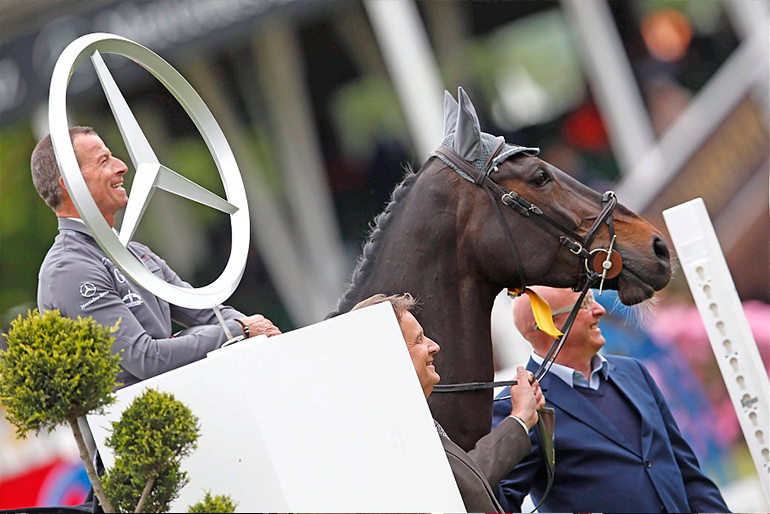 (16.5.2015) Pius Schwizers winning streak continues in the Global Champions Tour event in Hamburg. Aboard the 10 year old Zangersheide mare Amira he won the 155 cm Mercedes-Benz Championship in a thrilling 17 pairs jump-off. He stayed clear once more and set a strong early pace of 41,63 seconds. Even though his concurrents were determined to catch him, no one managed to go quicker. His reward: A brand-new Mercedes-Benz CLA Shooting Brake, worth around 59’000 Euro. „As a brand ambassador of Mercedes-Benz I was especially keen on winning that car. So my tactics was: Now or never, I am going for it and take all the risk! Amira has a splendid canter and did a super job. And we had an optimal tight turn towards the vertical and also the distance with the six strides towards the last oxer was just ideal“, Pius Schwizer described his winning ride. Christian Ahlmann on Epleaser van’t Heike came second in 42,03 seconds, Ludger Beerbaum on Chaman was third in 42,42 seconds.

The show-jumping event in Hamburg had many more highlights to offer: On Friday Pius Schwizer rode Armani the Gun CH in the second qualification for the Derby. Unfortunately two refusals at the first element of the double combination meant an early end. “Armani came back after a long break, he seemed to be too impressed by this special arena. Next time he will do better again!” On Saturday he and Amira had a nice clear course in the Global Champions Tour Grand Prix and qualified for the second round. It all went to plan, but then they had the second last fence down. An expensive fault: They had to make do with 15th place. In the overall standings Pius Schwizer improved from third to second position. The happy winner was Kent Farrington on Voyeur. “I am still happy, Amira did a super job here, and she is jumping better and better.” Also his eight year old mare Tina de l’Yserand showed good performances in the Youngster Tour. And the stallion Giovanni van het Scheefkasteel was clear and placed in all his three competitions (up to 150 cm). 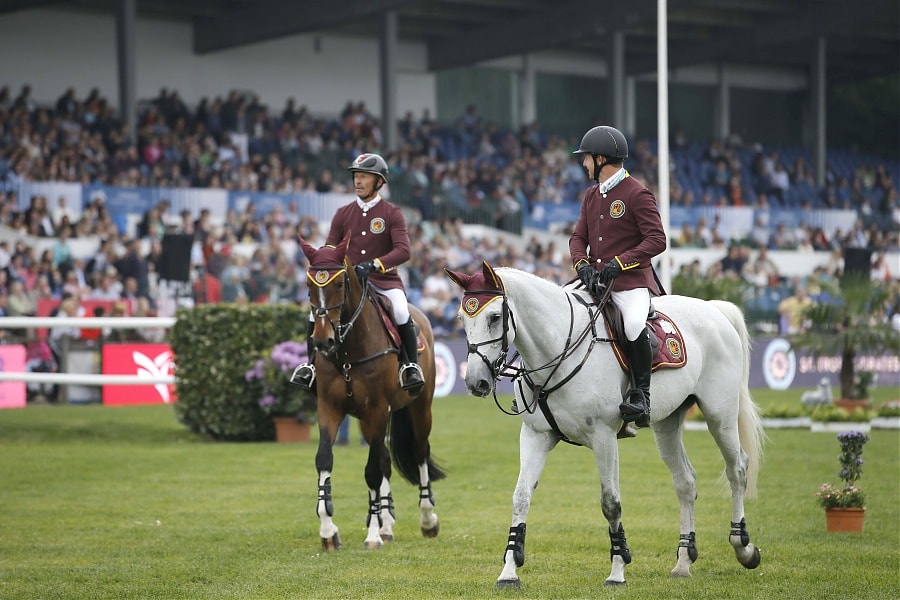 3. place for the Shanghai Swans in Hamburg